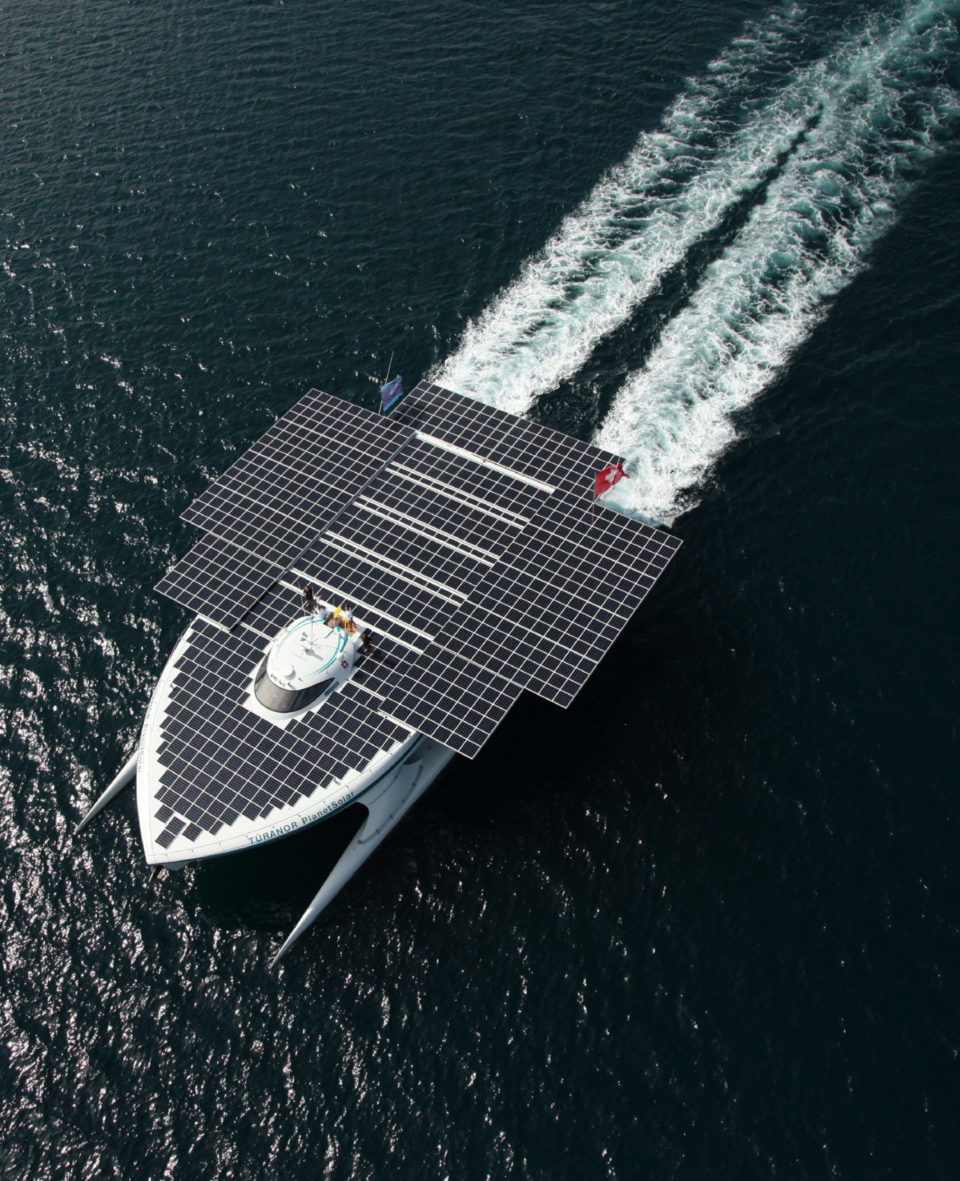 The PlanetSolar Foundation was created in 2007 by the Swiss eco-explorer Raphaël Domjan. PlanetSolar is actually the name of the project that led to the First World Tour With Solar Energy. Between September 2010 and May 2012, the world’s largest solar boat carried out the first solar circumnavigation in History while promoting solar energy. After several scientific missions in the Atlantic Ocean and the Mediterranean Sea between 2012 and 2014, the boat was donated to the Race for Water Foundation. The boat now sails around the world to collect and analyze plastic waste in order to fight against ocean pollution.